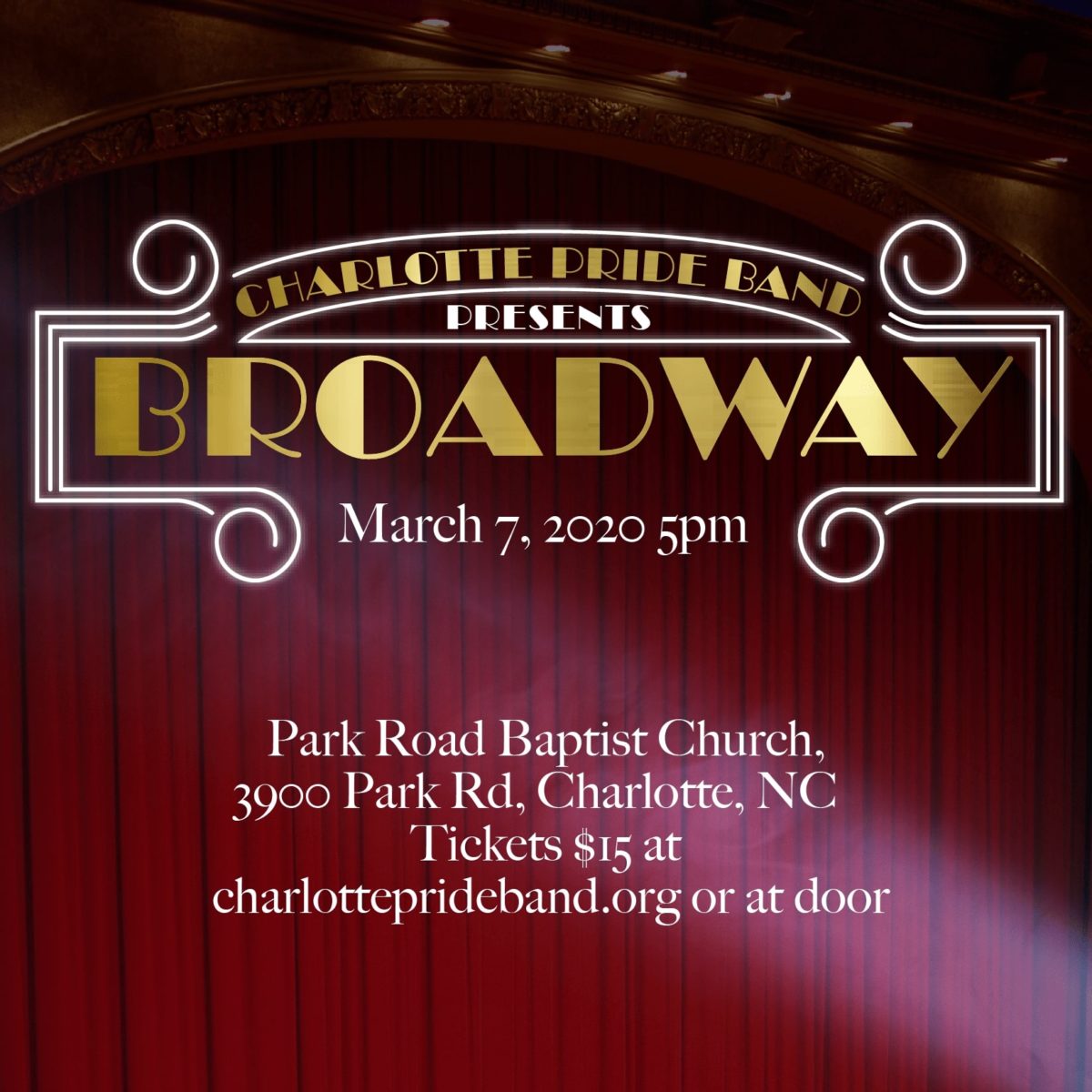 “A Salute to Broadway! The lights are bright as the Charlotte Pride Band (CPB) celebrates its 10th season by paying a tribute to Broadway. This concert features music from “Hamilton,” “Les Miserables,” “Phantom of the Opera,’ and more.

END_OF_DOCUMENT_TOKEN_TO_BE_REPLACED

COLUMBIA – This week, as South Carolina legislators return to Columbia for the start of the 2020 legislative session, advocates for transgender and queer South Carolinians came together to announce a new coalition to advocate for laws that promote LGBTQ equality and to oppose bills that target our community. This coalition includes a historic level of leadership from organizations led by and serving transgender South Carolinians.

END_OF_DOCUMENT_TOKEN_TO_BE_REPLACED

Asheville, NC – On December 10, more than 45 Asheville-area businesses will participate in Shop for Equality, a day of giving to benefit the Campaign for Southern Equality’s (CSE), an Asheville-based non-profit that promotes full LGBTQ equality across the South.

END_OF_DOCUMENT_TOKEN_TO_BE_REPLACED

Jingle all the way to Charlotte Pride Band’s December performance, “Songs for the Holidays.” This will be a FULL band concert (not small ensembles like in years past). Musical selections will vary widely, so there’s something for everyone. On the program are compositions by Leroy Anderson, Alfred Reed, Percy Grainger, Frank Ticheli and more!. The ensemble is led by artistic director Dr. John Ross, director of bands at Appalachian State University.

The concert will be held on Sunday, December 15 at 4:00 pm in Park Road Church, 3900 Park Road in Charlotte. Tickets are $15 and may be purchased at the door or online at http://www.charlotteprideband.org/!tickets/. CPB has approximately 50 members drawn from the greater Charlotte’s LGBTQI community and ally supporters. For more information: charlotteprideband@gmail.com.

END_OF_DOCUMENT_TOKEN_TO_BE_REPLACED

Researchers, medical providers, and LGBTQ people living with HIV in the South are available to speak with reporters ahead of December 1’s international acknowledgment of World AIDS Day.

ASHEVILLE, NC –  On December 1 the Campaign for Southern Equality (CSE) and Western North Carolina Community Health Services (WNCCHS) will acknowledge World AIDS Day, an annual day dedicated to supporting those who are living with HIV, honoring those who have died from an AIDS-related illness, and committing to efforts to fight HIV worldwide.

In the South, the day has a particular significance because this region is the epicenter of the modern HIV crisis in the United States. According to 2016- 2017 CDC data, one-half of all HIV diagnoses occur in the South, 47% of HIV related deaths happened in the South, and 46% of people living with HIV live in the South.

Released just weeks ago, The Report of the 2019 Southern LGBTQ Health Survey, provides a groundbreaking breadth and depth of data on the health and health care experiences – including HIV – of lesbian, gay, bisexual, transgender, and queer (LGBTQ) people in the Southern United States. With 5,617 participants, the 2019 Southern LGBTQ Health Survey is one of the largest samples ever of LGBTQ Southerners talking specifically about their health.